Beautiful city within your reach 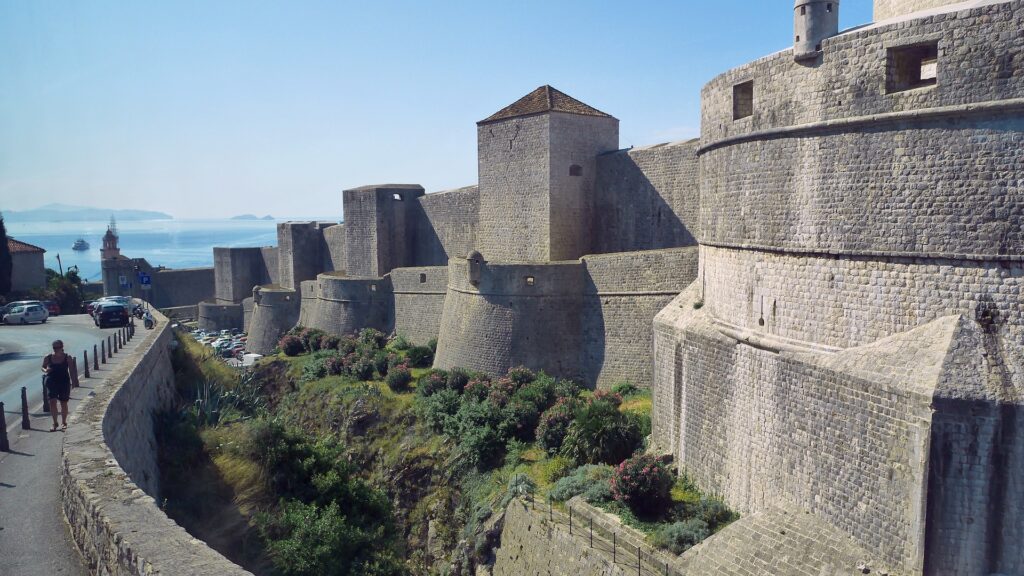 Dubrovnik’s imperious walls are one of the things that qualified the city for UNESCO listing and if you watch Game of Thrones you’ll recognise several locations.

These white limestone defences go back to the 600s, but their current form dates to the 15th century when the fall of Constantinople was all the warning Dubrovnik’s officials needed that the Ottomans were on their way!

It will take an hour or so to make the full circuit along the battlements, stopping for supreme panoramas of the city backed by the Adriatic. Guided tours will give you extra snippets of info, but it’s also a good idea to set off early to beat the crowds. 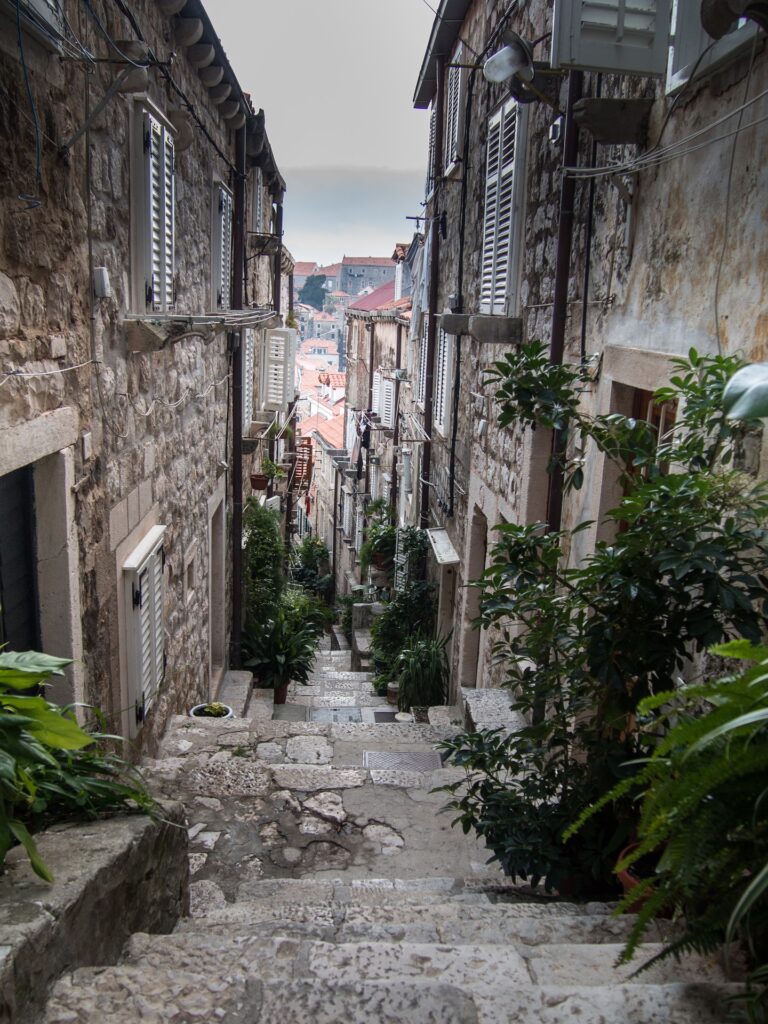 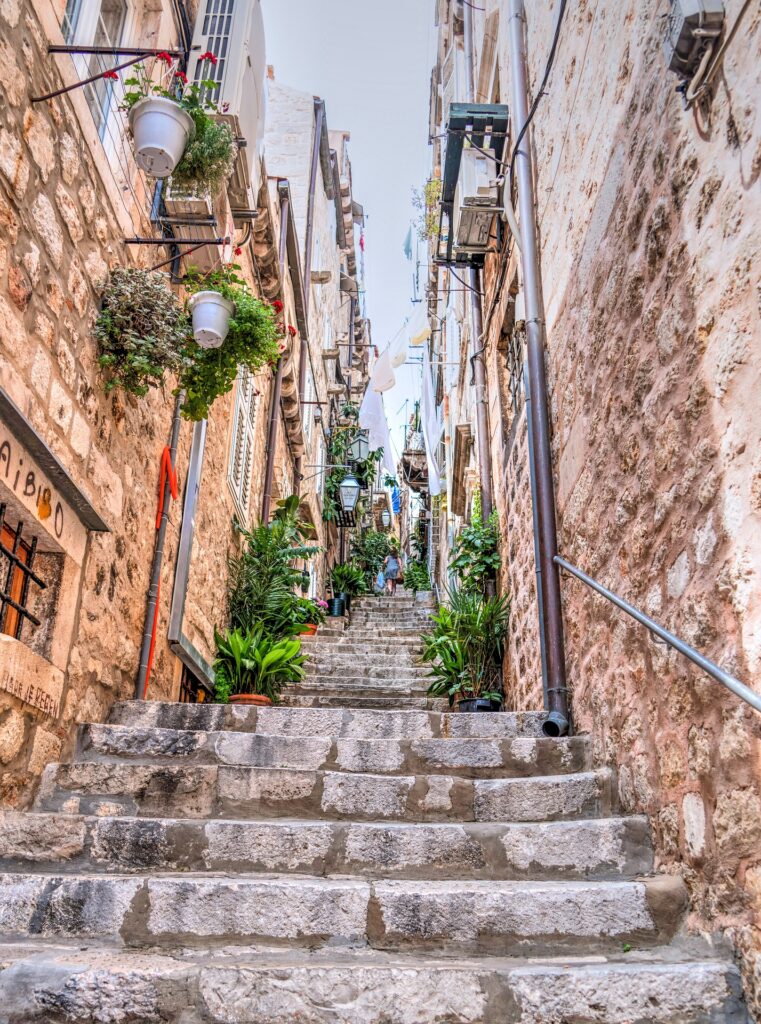 At times the twisting streets of Dubrovnik’s old town will feel like a movie set, and you’ll find you can work up a big appetite if you let your curiosity guide you down all the little alleyways here.

You can get your bearings on Placa, which is old Dubrovnik’s main street; a straight and broad limestone channel beneath grand old houses.

As you walk you’ll notice that nearly all of these buildings share the same floor plan, and that’s because of a citywide decree on building designs following an earthquake and fire in the 17th century.

On St. Blaise’s Day, the 3rd of February, there’s a procession along Placa in honour of Dubrovnik’s patron saint. 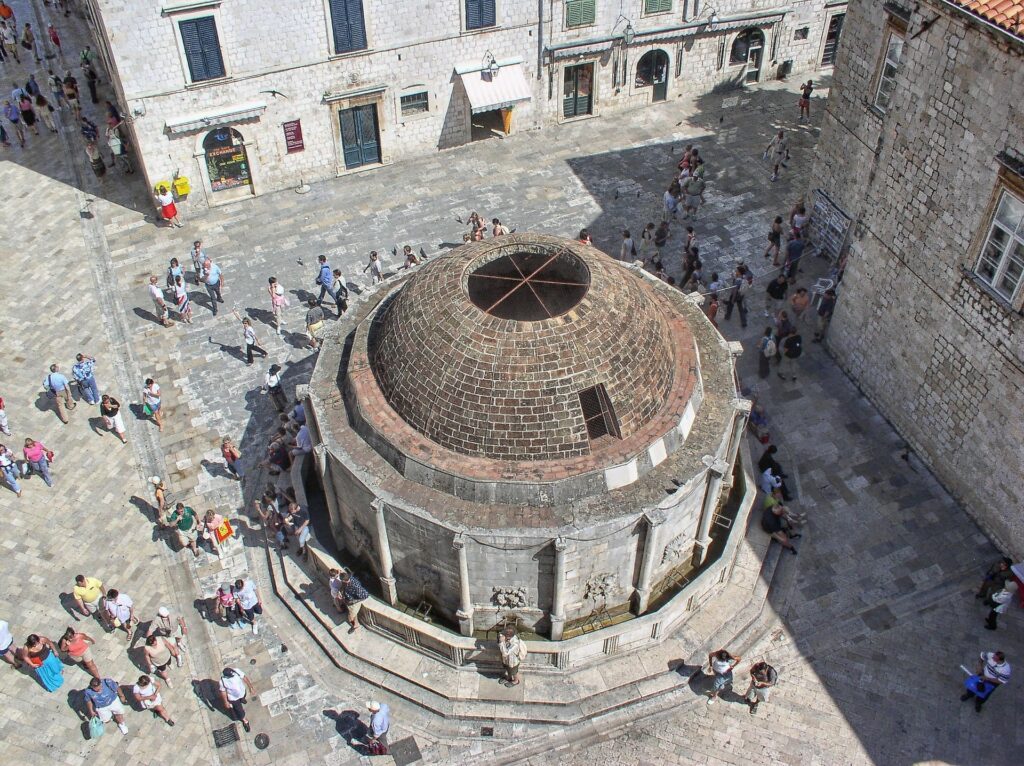 Built entirely of the white stones, polished with ages, the old town abounds in Gothic, Renaissance, and Baroque palaces, churches, and monasteries.

Walk up and down the Placa (Stradun), Dubrovnik’s main street.

Visit the Rector’s Palace, once the siege of the government and the most important public building in Dubrovnik.

A former custom building, the Sponza Palace built in 1520 today houses town’s archive that keeps the most important documents about Dubrovnik’s history.

Get away from the crowd in the back streets of Dubrovnik, or relax watching the sea and small boats in Dubrovnik’s old port.

Visit museums, churches, and the oldest operating pharmacy in Europe. 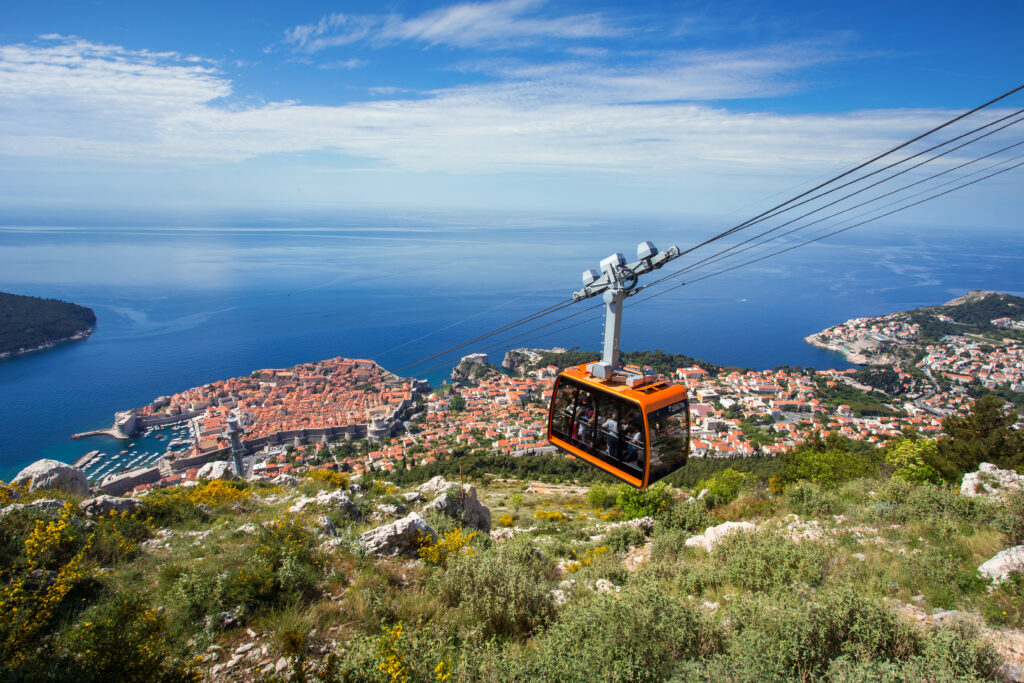 Undoubtedly the best view of Dubrovnik can be had from the crest of Mount Srd, which looms 412 metres above the city a short way inland.

In 1969 they built a cable car serving the summit, operating until midnight during the peak summer months.

By day you’ll never forget the vistas of Dubrovnik’s towers and walls, the baked clay tiles of the city’s houses and the evergreen offshore island against the cobalt Adriatic. At night you can gaze out to the west to see the sun setting behind the city.

The best way to experience Dubrovnik in all its beauty is to see it from the sea. High-rising defensive walls, and its forts and towers look even more impressive when seen from the sea.

Sea kayaking is one of the most popular ways to experience Dubrovnik from the sea. Many agencies offer half-day, and full-day sea kayaking tours.

A tour usually starts at the small beach just below the Pile gate, and takes you around the city walls, and the island of Lokrum, to the small pebbly cave beach. 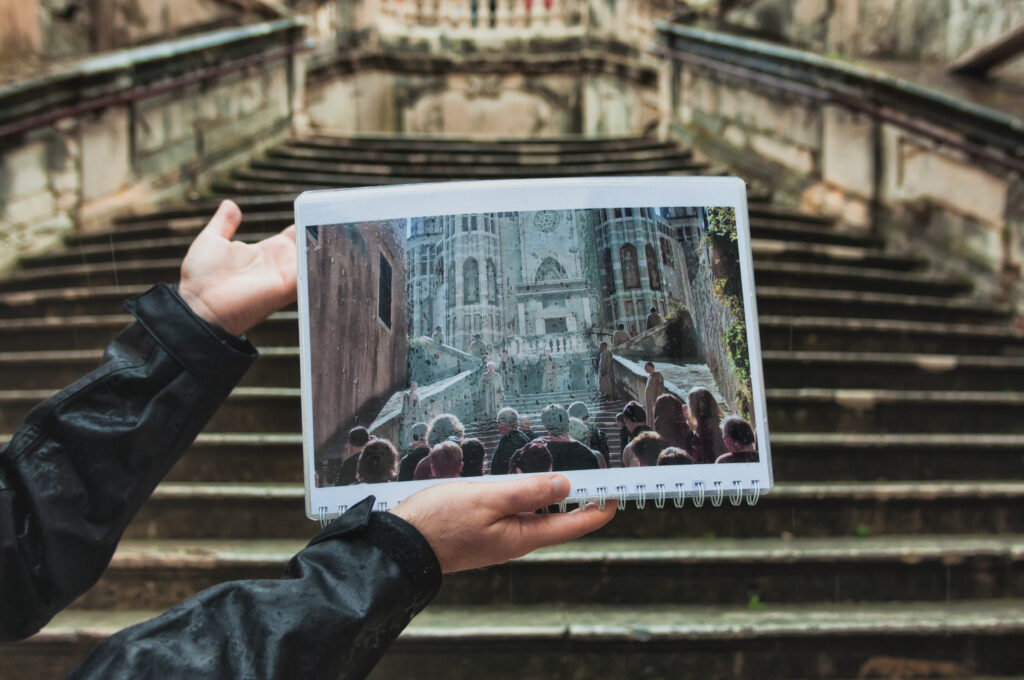 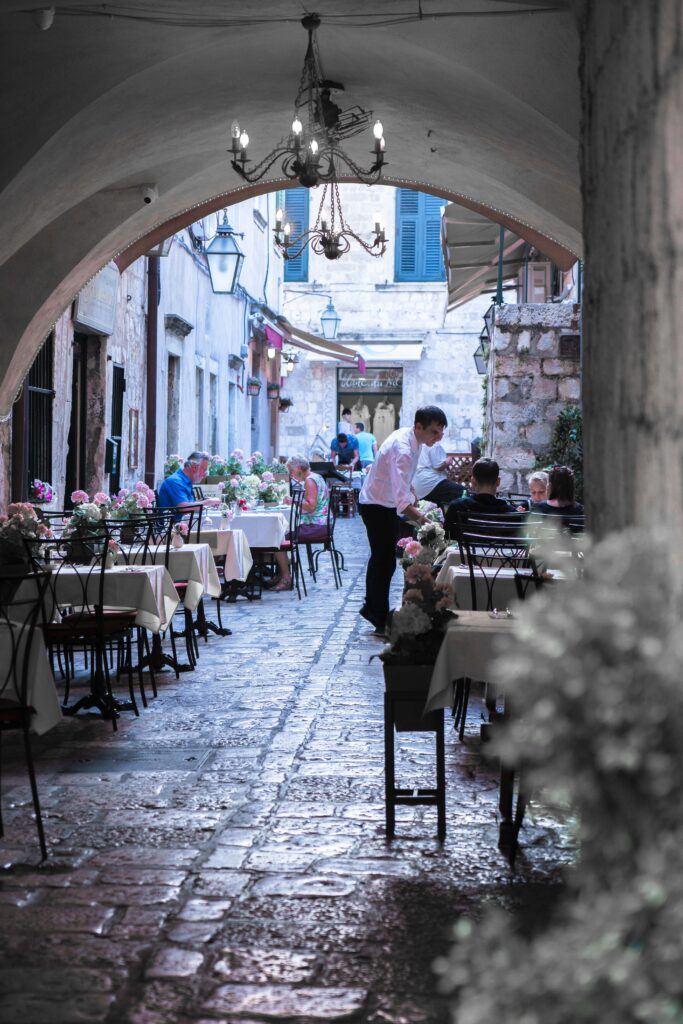 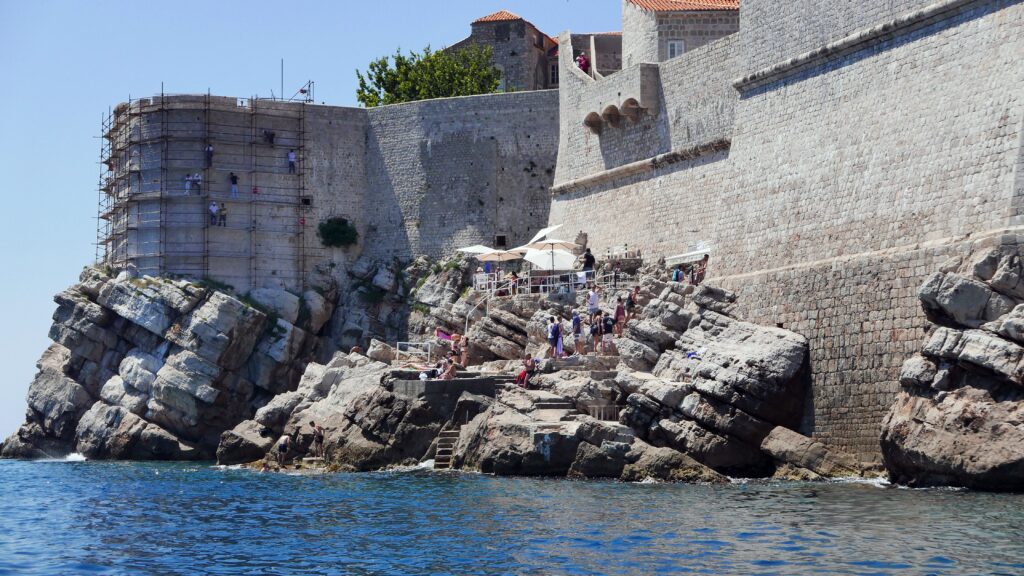 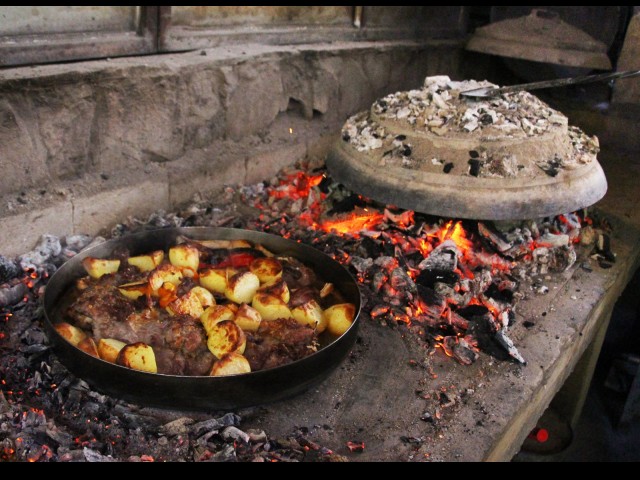 We love eating out in Dubrovnik! And for us, along with Zagreb, Split and Istria, Dubrovnik has the best restaurants in all Croatia. 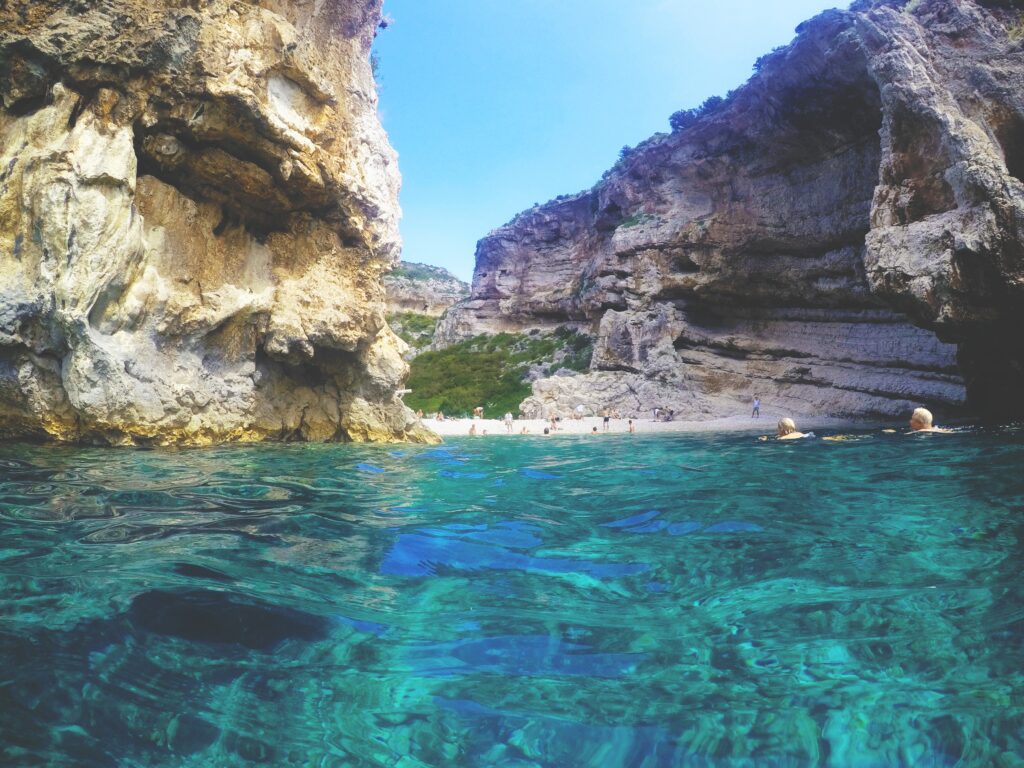 Few of the beaches on this sweep of the Adriatic are sandy; their attraction lies in the aquamarine waters that lap the shore and the pine forest or historic architecture that form the backdrop.

Lapad beach is one of more tourist-friendly places to unwind by the Adriatic sea.

There’s a pedestrian zone just behind the beach with bars and restaurants, while this gently arcing bay has a moderately wide beach with white pebbles.

Further around the bay you can also enter the sea for a swim from the rocks. 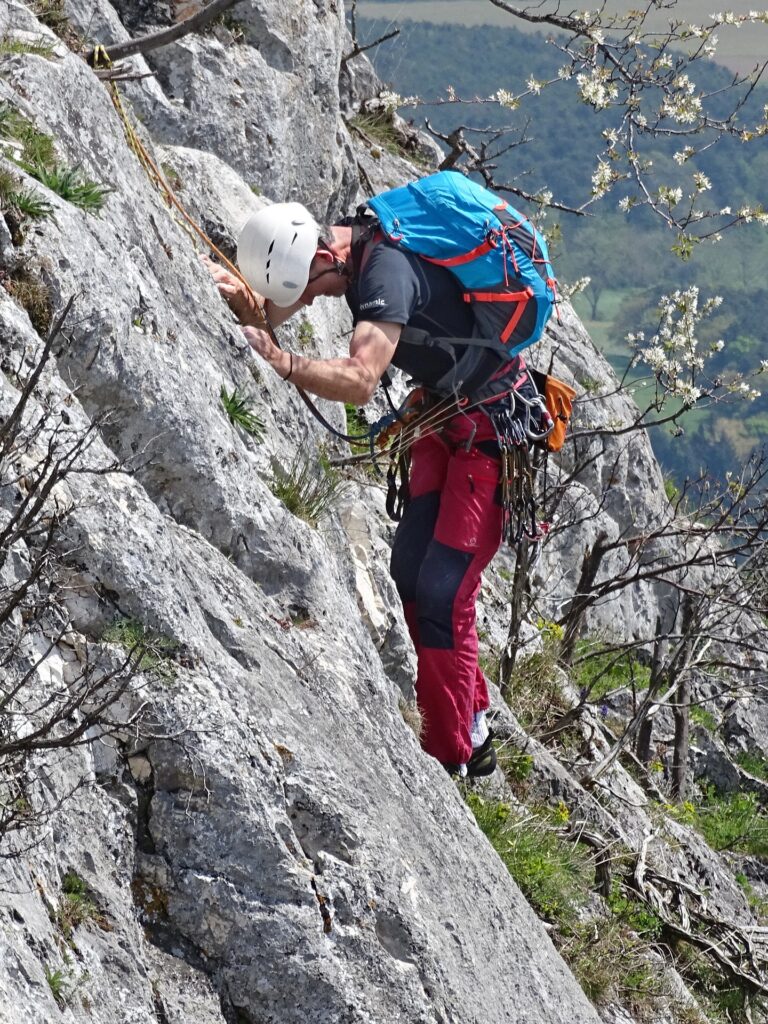 Brgat is a small site, attractive for its vicinity to the town, really easy access, and the ease of climb. Here you can test your skills on 15 climbing routes. Routes have an average length of 12 m, and they are suitable for beginners.

If you are a beginner climber, consider booking one of the guided rock climbing tours. You’ll get a brief climbing and safety instruction, and experience free rock climbing using only your hands, feet and body. 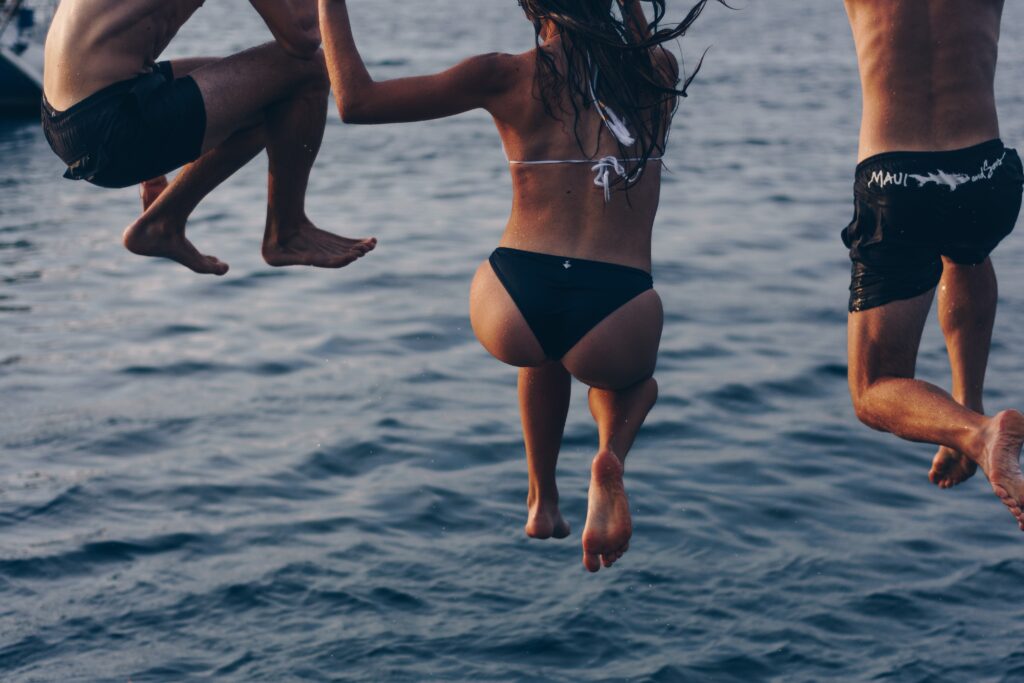 Dubrovnik cliff jumping attracts many young tourists in search of some adrenalin rush. The most popular cliff jumping spot is near the Buza Bar. However, cliff jumping at Buza is also a cause of the majority of fatalities and injuries in Dubrovnik in the last years, as more tourists started taking a dive here.

Perhaps less thrilling, and less convenient, but safer option for Dubrovnik cliff jumping, you’ll find on the island of Lokrum. The entire coastline here is rocky, and there are lots of spots for cliff diving. Cliffs range from few meters to 20 m in height. And many have ladders to climb up from the sea. 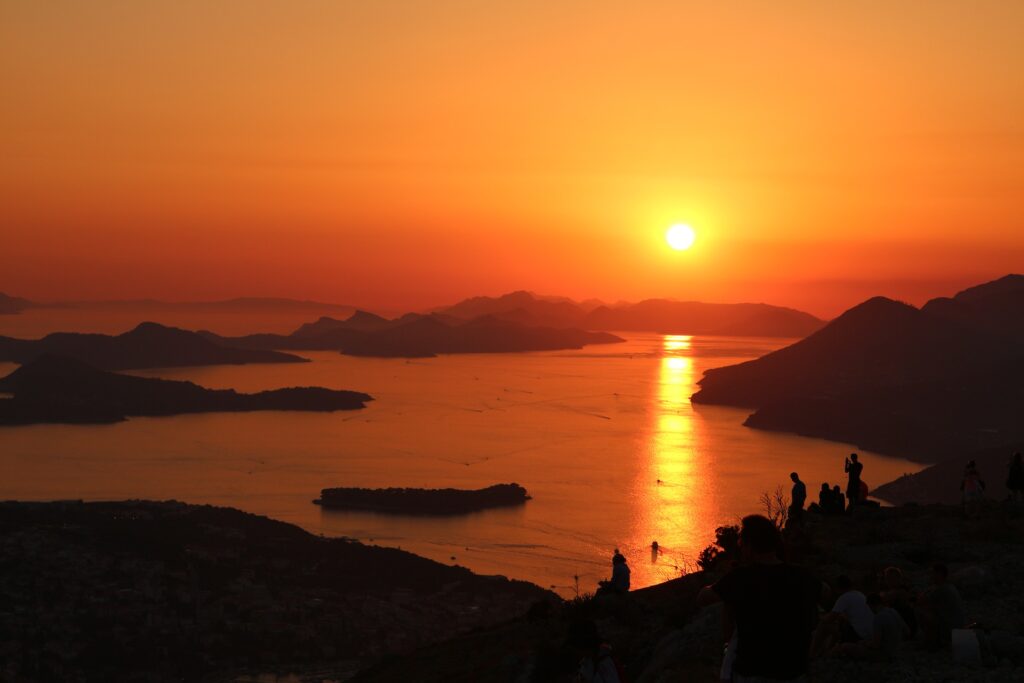 Dubrovnik is gorgeous from the sea. Whether you decide to sea kayak around the old town, rent a motor boat, or book a sunset cruise, you’ll enjoy magnificent views of the old town, and the city walls.

Caves, wrecks, walls and reefs await divers in waters around Dubrovnik. The most popular sites include caves, walls and house reefs in the sea near the hotel Dubrovnik Palace, Cape Bezdan and Jabuka on the island of Kolocep, waters around Lokrum Island, and islands off the coast of Cavtat. 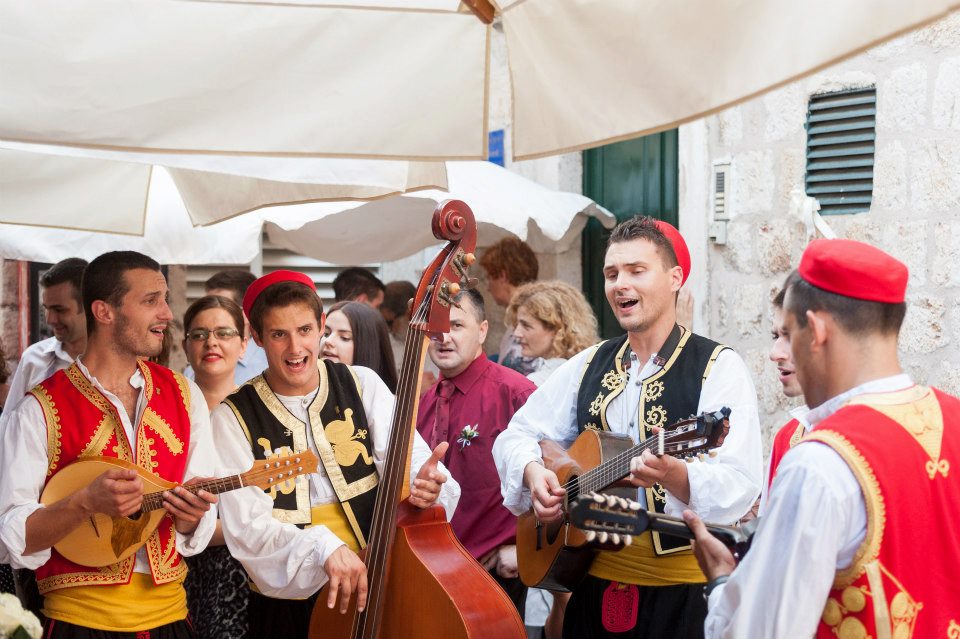 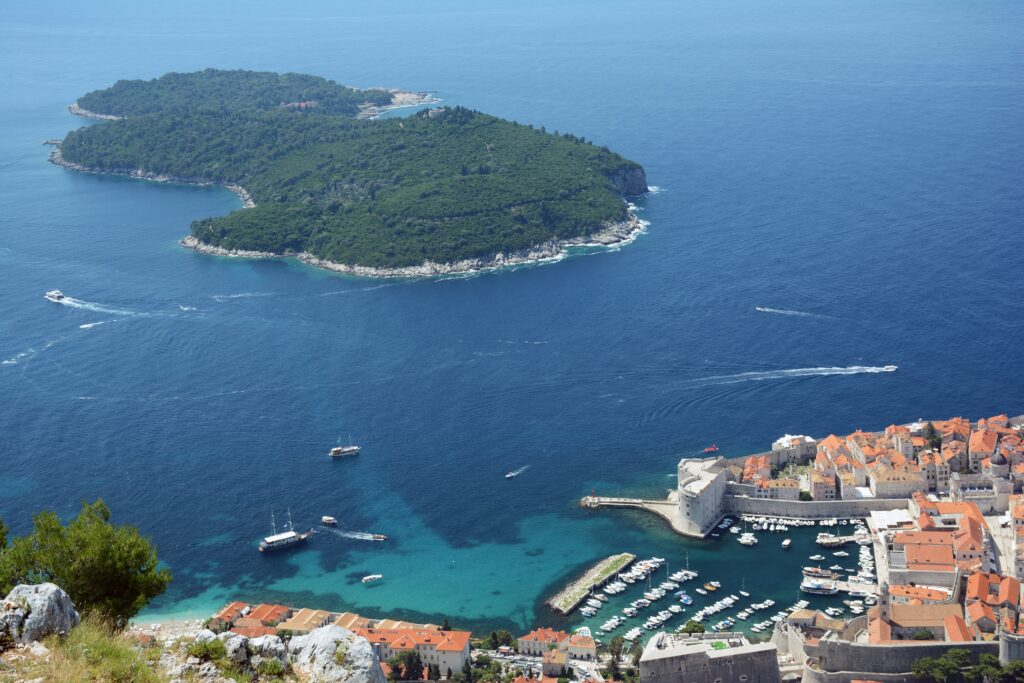 You can catch a ferry from the port to this island opposite Dubrovnik throughout the day. It will take ten minutes to get there and it’s a swift way to escape the crowds and take a breather.

The island is covered almost entirely with deep green pine forest that you can amble through via walking trails.

These walking routes also lead to the coast, where you’ll come across rocky coves with waters ideal for swimming and even families of peacocks brought to the island by Maximilian, the 19th-century Austrian Archduke.

The old monastery on the island is also a restaurant during the summer. 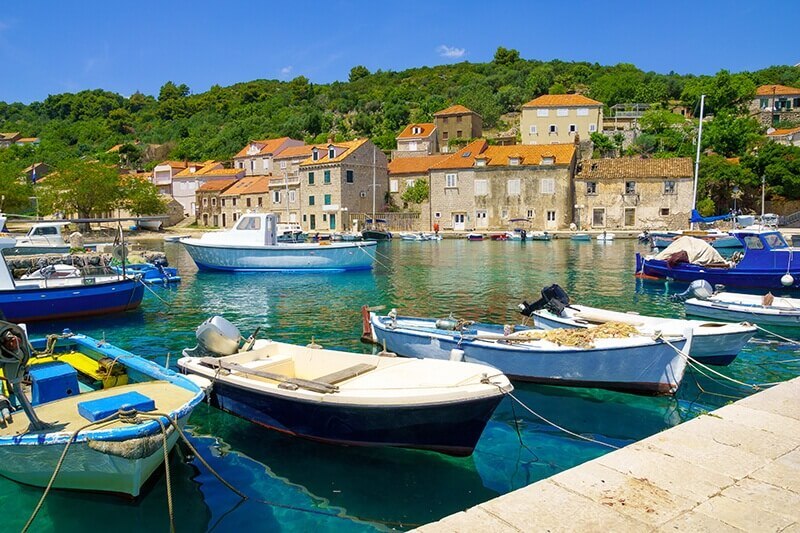 Elafiti Islands is a small archipelago off the coast of Dubrovnik. The archipelago consists of several islands, but only three of them are inhabited: Kolocep, Lopud, and Sipan.

All three islands are small, each with only a couple of settlements. Lopud and Kolocep are both car-free. Elafiti are nice to visit if you like to escape hustle and bustle of Dubrovnik for a day, if you like sandy beaches (Lopud’s Sunj beach is one of the rare sandy beaches in the area), if you like hiking, or if you look for a special place to dine out with your significant one (Kolocep’s Villa Ruza has an awesome seafront terrace, and offers yummy seafood). 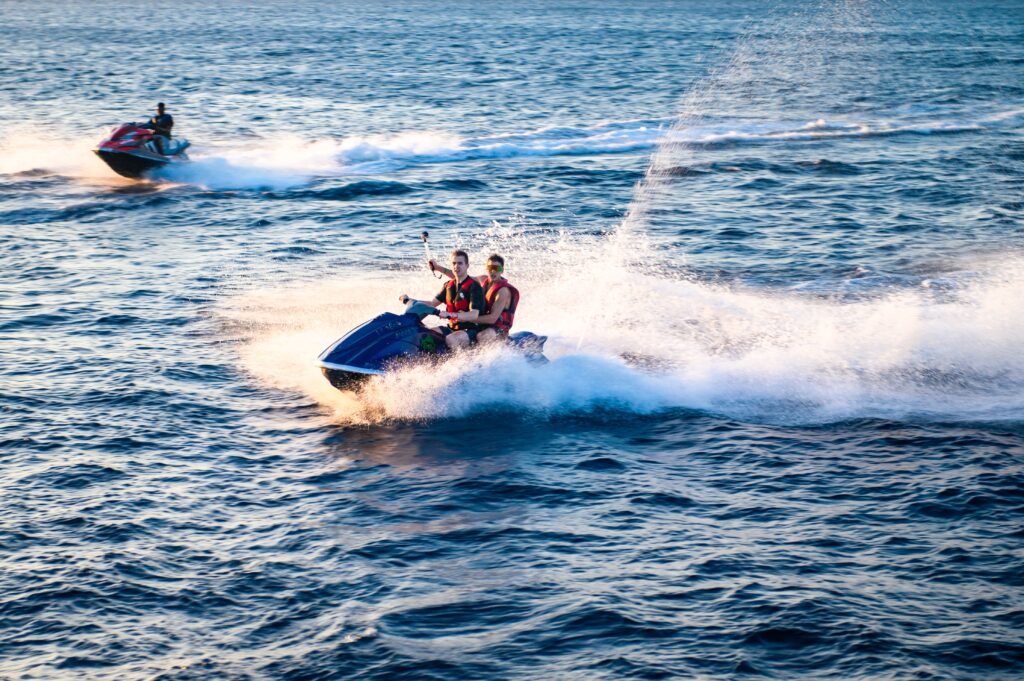 What a better way to explore the coast around Dubrovnik than riding around on a jet ski. In fact, you don’t need any boating license to ride a jet ski (if you want to rent a boat, you’ll need a boating license).

There are few places in Dubrovnik where you can rent jet skis. However, if you are not familiar with the surrounding area, and want to see as much as possible in a short time that you’ll spend on a jet ski, both companies offer jet ski safaris. On these safaris, you join a group tour with a local guide who will show you all the highlights. 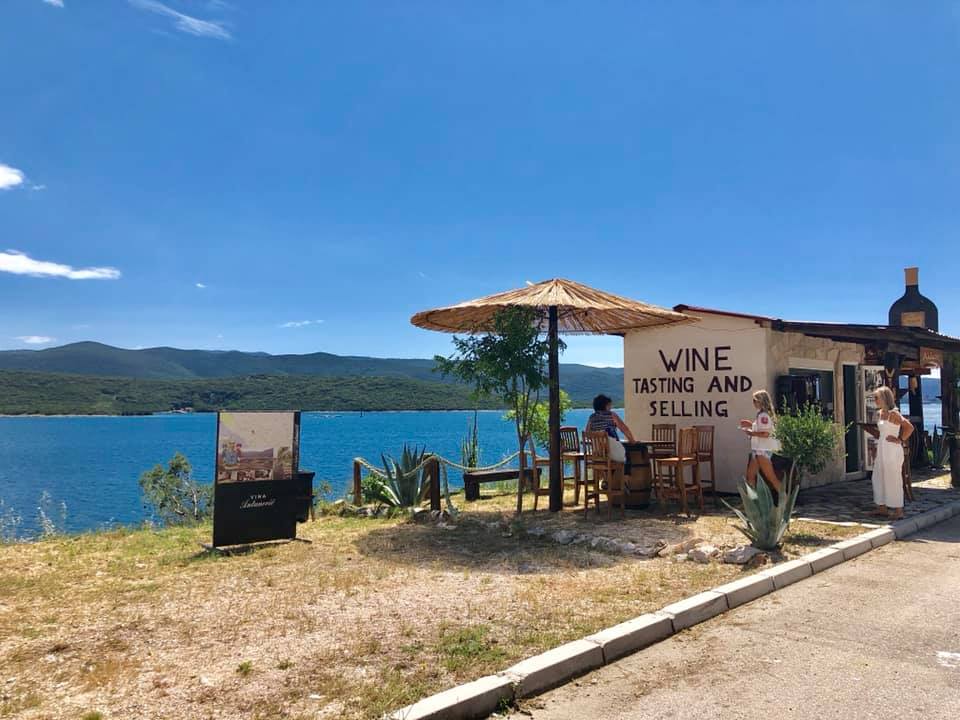 Wine is super popular in all Croatia. And Dubrovnik is no exception. Wine-growing Konavle Valley lies just 20 km south of Dubrovnik, and it’s famed for white wine Malvasija Dubrovacka.

Up north, 30 km from Dubrovnik, lies Peljesac peninsula, famed for its Plavac maligrape, an offspring of Zinfandel & Dobricic. The best Croatian reds are Dingac and Postup, both made of Plavac mali grapes grown on the south slopes of Peljesac.

Thus, when in Dubrovnik, don’t miss tasting some local wines. 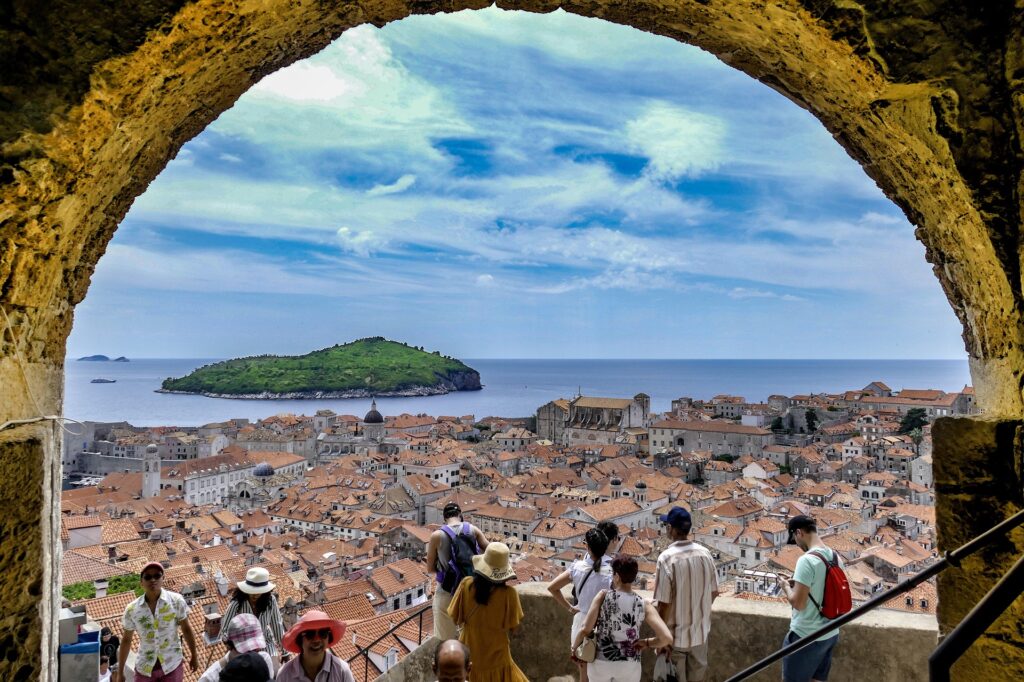 Dubrovnik simply calls for photos. And then, it calls for some more. However, good photos require some planning. And part of the planning is to find a perfect location for a photo shot. 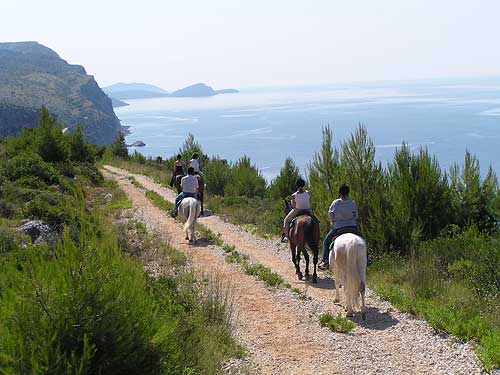 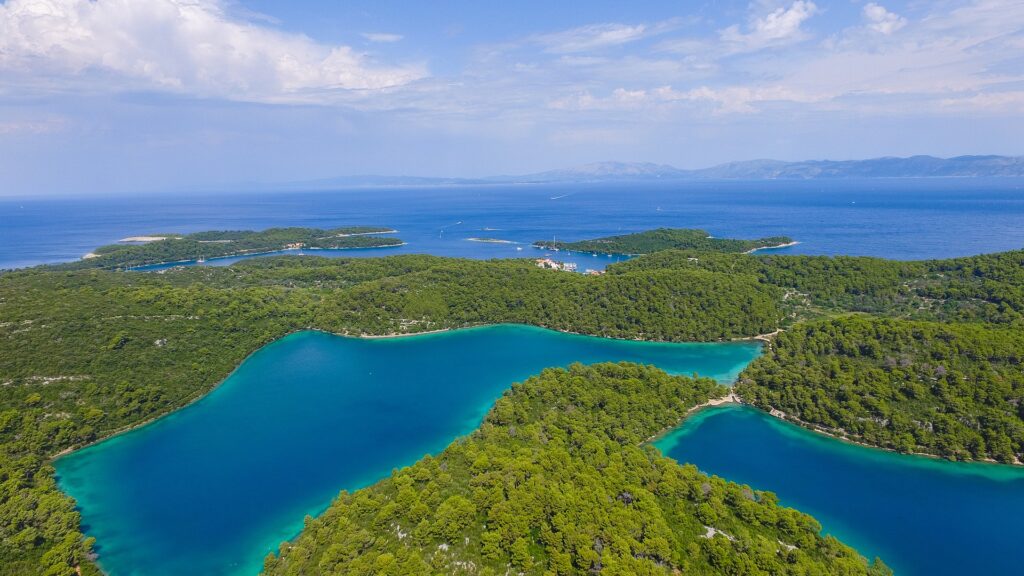 Mljet is a small, and quiet island in the southern Dalmatia. It’s within an easy reach from Dubrovnik, and a nice place to escape for a day or two if you enjoy nature.

There are very few settlements on Mljet. And all of them are just small, tranquil villages. One third of the island is a national park. The national park is Mljet’s main attraction. 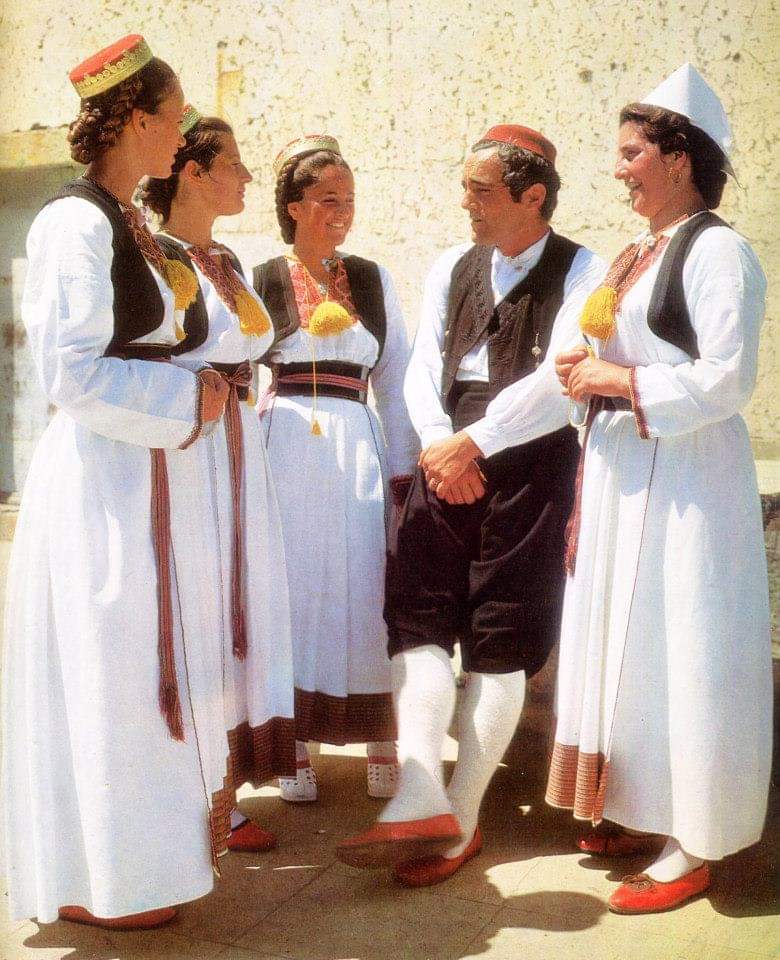 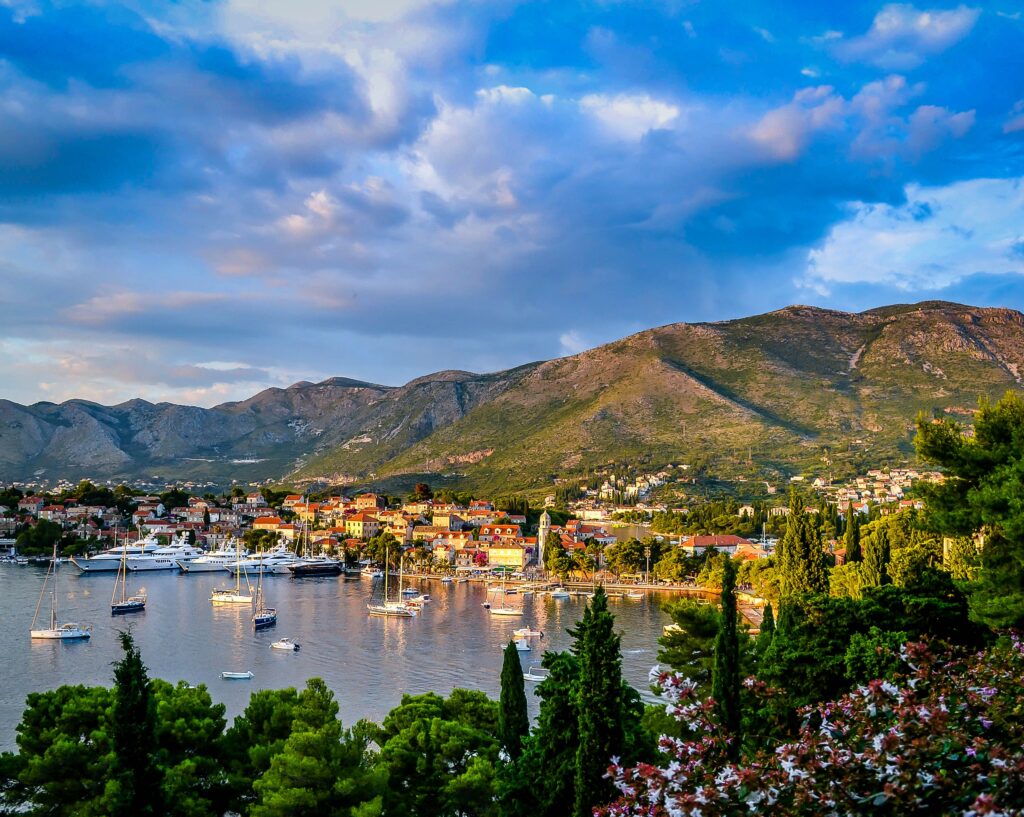 Despite a great number of visitors that visit Dubrovnik, Konavle valley manages to remain an authentic and peaceful place away from the crowds, but yet only 30-minute drive from the old town Dubrovnik.

This valley has always been considered a belly of the town, feeding people of Dubrovnik from many centuries. To this day, people here grow olives, grapes, veggies, and fruits, including figs, lemons, and mandarins.

Take an excursion to Montenegro or Mostar 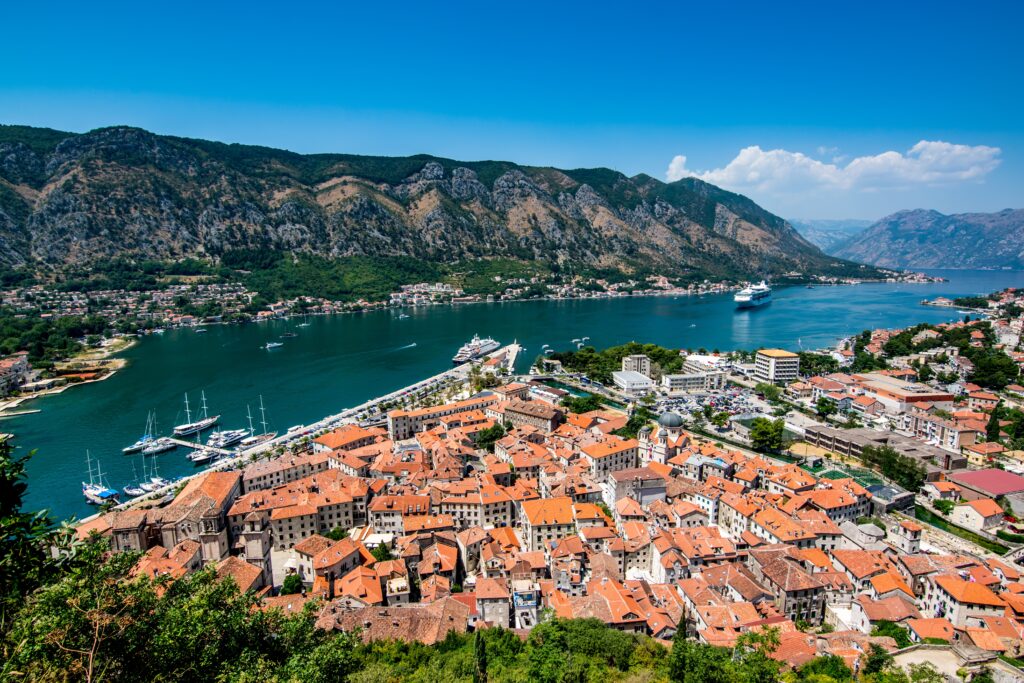 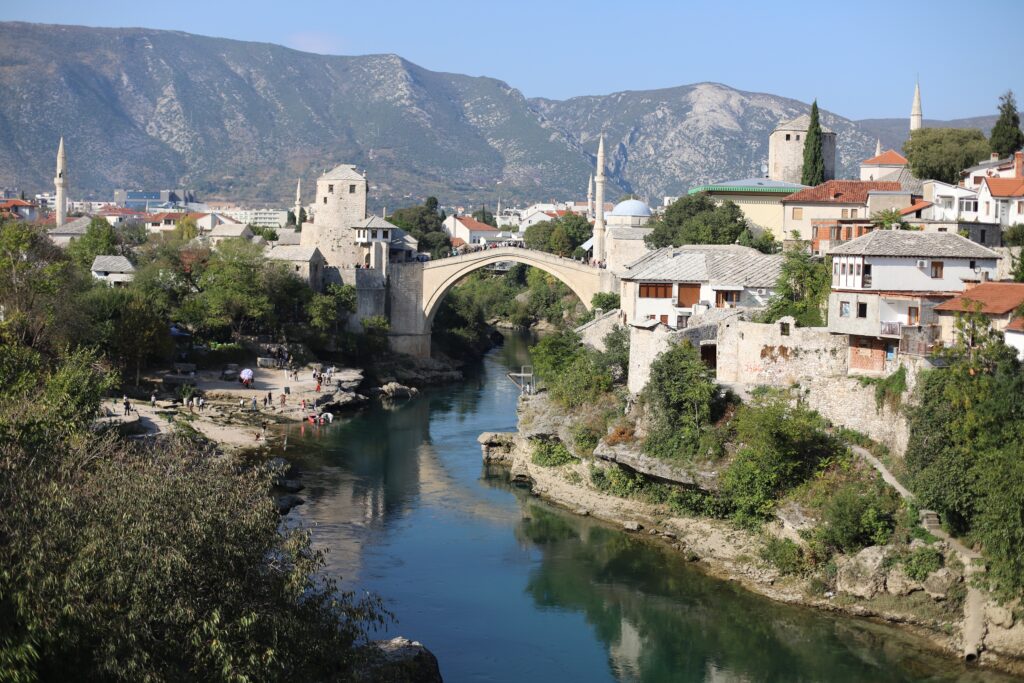 Border crossing to Montenegro is only 40 km south of Dubrovnik. If you stay in Dubrovnik for a couple of days, visiting Montenegro can be a good idea (especially if you still get excited about visiting multiple countries on your holidays).

Mostar is 150 km far from Dubrovnik, so a visit to the town is still doable. You should take a whole day for this trip. While 150 km isn’t that far, bear in mind that you need to cross border in Bosnia – twice. First in Neum (the only coastal town in Bosnia & Herzegovine), and then again in Metkovic.We love visiting Mostar. The old town is small, but nicely preserved. It’s full of history, interesting ottoman architecture, mosques, oriental stores, and lovely restaurants, many with river views. The central point of the old town is the old bridge, an UNESCO World Heritage Site.

Do nothing or just sit and eat an ice cream 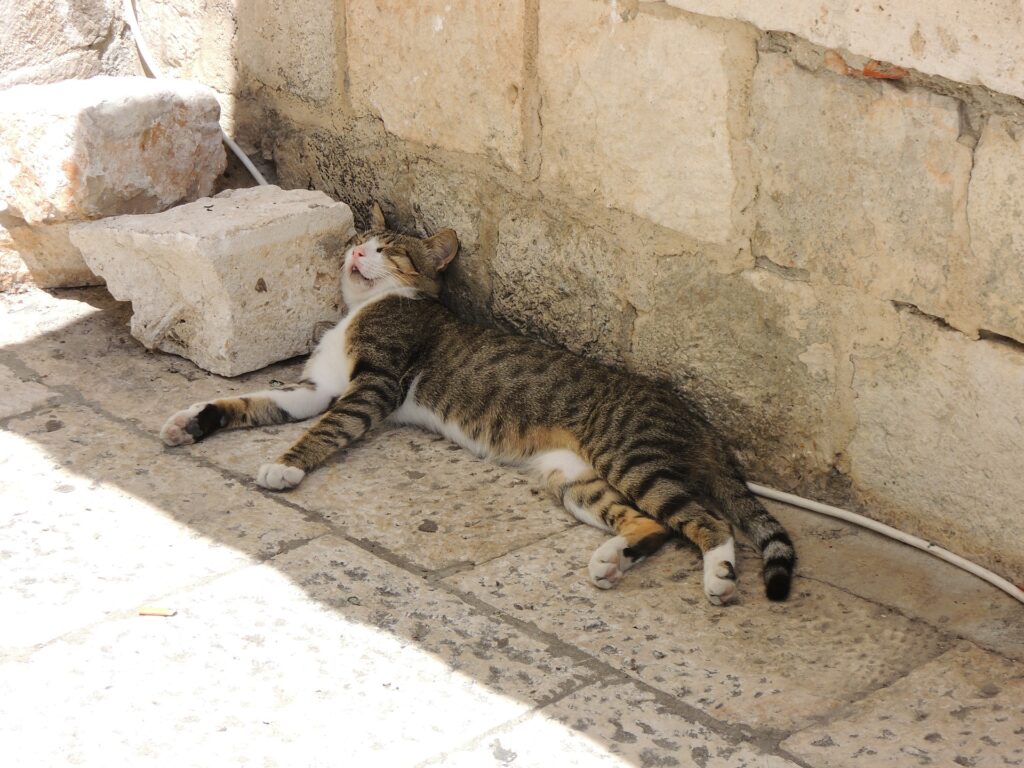 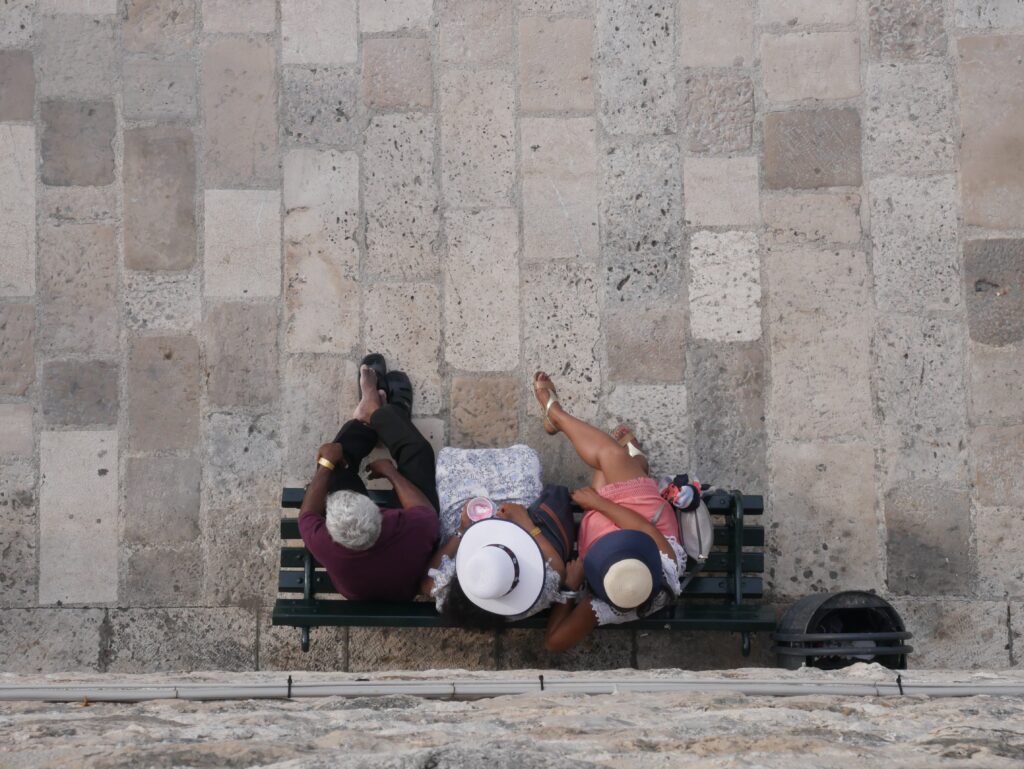 You’ll notice ice cream parlours on every corner of the old town.

It may also be of interest to you 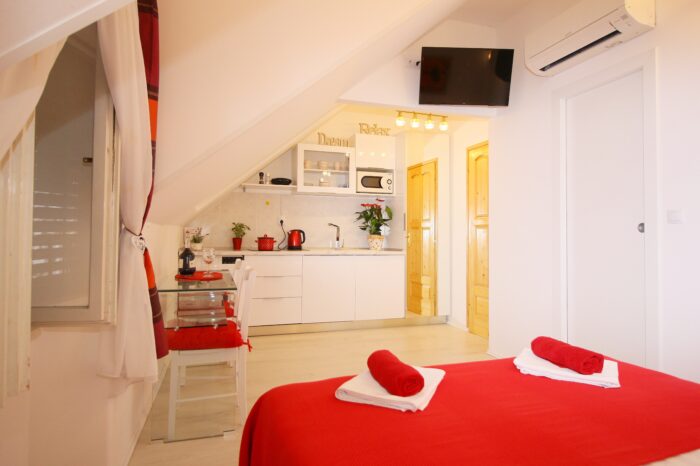 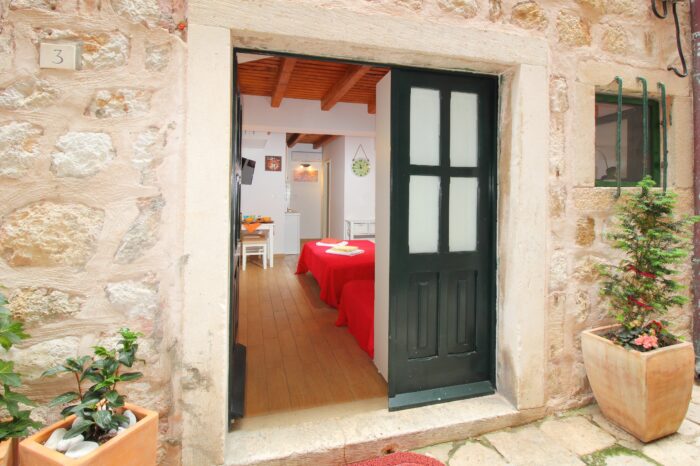 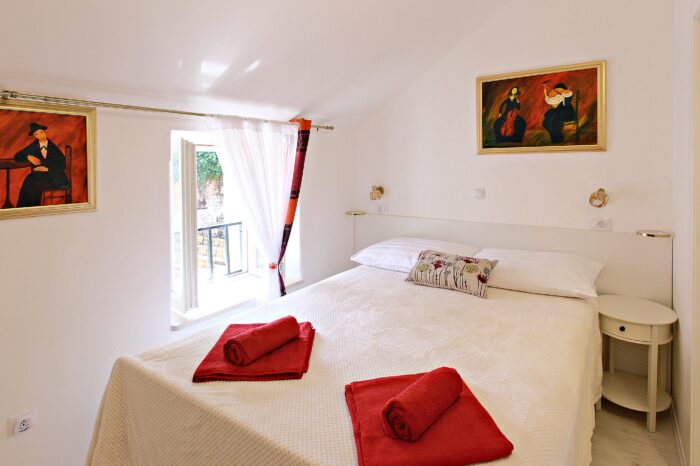